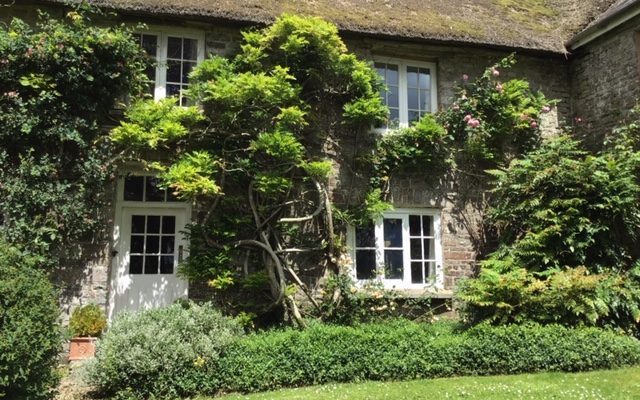 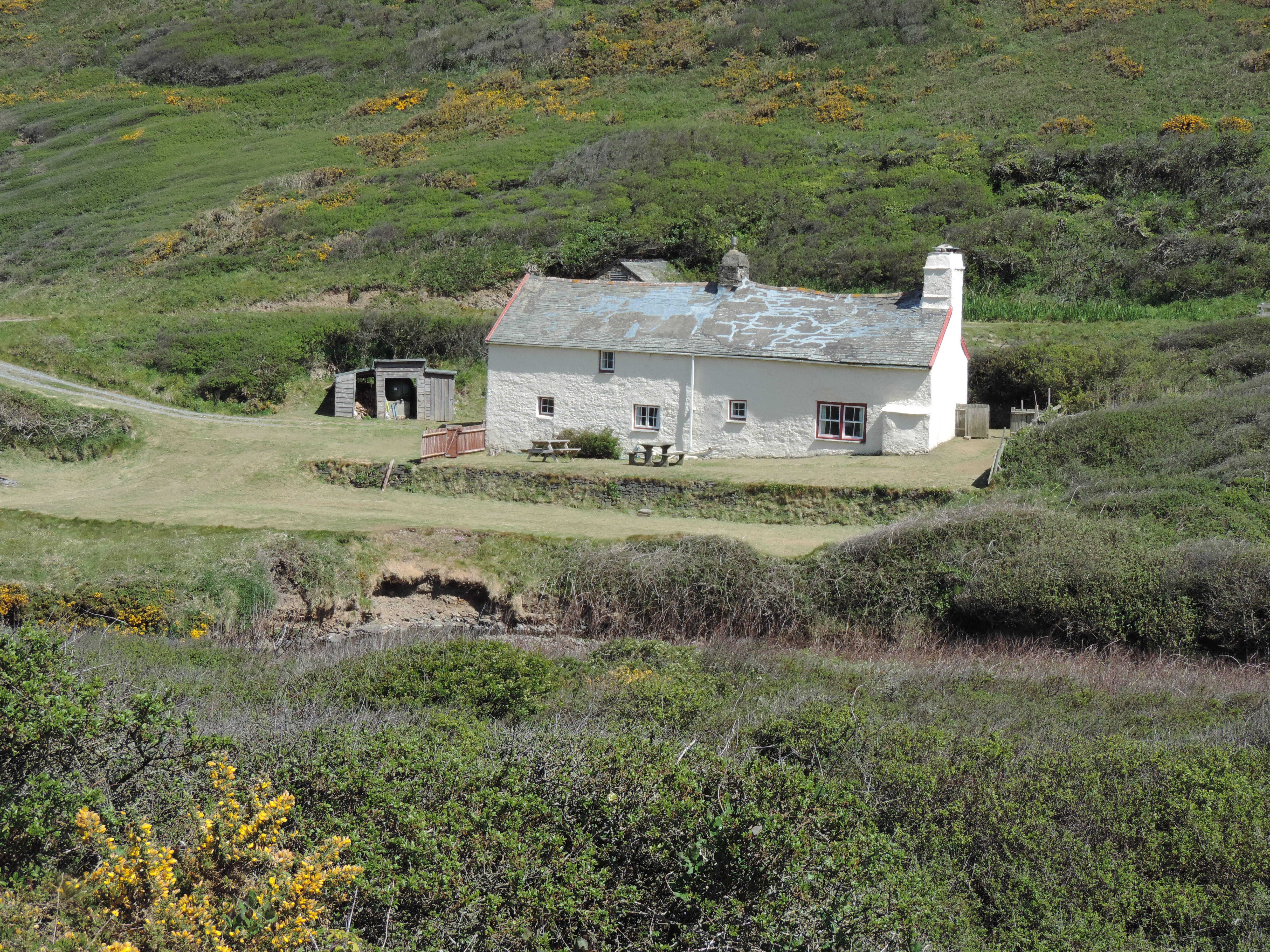 We have three very different cottages available for holidays – Blackpool Mill and The Bear on the Hartland Abbey Estate and Affeton Barton on the Affeton Castle Estate in beautiful, peaceful areas of North Devon. All are characterful, comfortable and sleep eight people. Blackpool Mill and The Bear have easy access to the South West Coastal Footpath and beautiful beaches. Affeton Barton is situated in rolling hills between Exmoor and Dartmoor National Parks.

The 15th century cottage, sleeping 8, is situated in a beautiful, sheltered valley, a stone’s throw away from a remote Atlantic cove. Approached by a private drive through woodland which quite suddenly opens out to reveal a view of the cliffs and the sea, the cottage lies beside the Abbey stream. Its unique position and immense old fashioned charm make it a wonderful place to relax, enjoy the natural surroundings, and escape from the pressures of modern living. The cottage was used as a film location for Rosamunde Pilcher’s ‘The Shell Seekers’ with Vanessa Redgrave and Maximillian Schell and more recently for the BBC adaptation of ‘Sense and Sensibility’ with Dan Stevens, Dominic Cooper, David Morrissey, Janet McTeer and Charity Wakefield. The South West Coastal footpath passes behind the cottage, making it a wonderful place to start a walk along the North Devon Coast towards the lighthouse and Clovelly or south to the Cornish border!

This 16th century (or earlier) detached cottage is in the heart of Stoke, a small hamlet on the road leading from Hartland to Hartland Quay, in one of the most unspoilt parts of England. In the early 18th century it was, for a short time, a hostelry when Hartland Quay Inn had its licence withdrawn for rowdy and drunken behaviour! The hamlet of Stoke consists of a few cottages and the beautiful church of St Nectan, called ‘The Cathedral of North Devon’ due to its huge size and tall tower, once used by wreckers to entice ships onto the rocky shore whose captains believed it to be the lighthouse! Beautiful walks and bicycle rides along the small lanes, with fabulous views of the Atlantic, start from the doorstep. Access to the South West Coastal Footpath is about 10 minutes walk from the cottage, from the path starting in the churchyard, 200 yards from the cottage.

Affeton Barton is the charming home farmhouse in the centre of the beautiful, unspoilt Affeton Castle Estate between Exmoor and Dartmoor National Parks. It has been renovated to a high standard with four bedrooms and four bath/shower rooms (three ensuite), sitting room, large kitchen with Aga, swimming pool (June, July, August), hard tennis court, ping pong room, outbuildings and large garden. It is surrounded by rolling hills and deep valleys completely removed from modern life. The sky at night is dark and there is little to disturb the peace. The Barton has been the centre of activity of this thriving agricultural and sporting estate for centuries. With its thatched roof and low beamed ceilings it is little changed in appearance since the 15thC. The Castle and Barton were built overlooking the Little Dart valley and were fiercely defended in the civil war.

(We are closed in November, December and January)